The age of mobile computing is upon us. Small form-factor laptops,even smaller netbooks and smartphones keep us continuouslyconnected with colleagues, family, friends and our bosses around theclock.

These mobile gadgets make it possible to take all of our data with uswherever we go. Mobile technology also lets us bring our favoriteentertainment outlets with us. We carry music to hear on our iPods,videos to view on our smartphones and full-length movies to play onour portable computers.

Mobile users carry with them a vast variety of devices. So we lookedfor the coolest mobile apps hoarded at online softwarerepositories. We searched for great productivity apps, cool games andintriguing communication apps.

We at LinuxInsider nearly became addicted to gameplaying on palm-sized devices while checking out the portable gameofferings out there. Playing a game on a high-powered desktop game machine isnothing compared to the fun that comes from playing games in vividcolor on your phone or PDA.

One of our favorite Java-based games is “360 Speed” by HOVR.

This is a car racing game that runs on most phones. The phone selectorpage on the HOVR Web site helps to match the download to your specifichandset. Even the Web site is cool. You can play an actual version of the gameon your computer screen.

360 Speed is a realistic racing game that requires fingertipdexterity to execute competitive driving skills. It takes judgment andexperience to know when to speed up and when to whiz past theopponents in different weather conditions.

To win the championship at “360 Speed,” players have to navigate throughan ultimate crash routine with other cars. Of course, even withfailure, the crash is fun. The game beckons players to start thecourse again.

Players enter a numerical digit from 1 through 9 in each cell of a 9x9grid made up of 3×3 subgrids or regions. The board is alreadypopulated with digits in some cells. Each row, column and region mustcontain only one instance of each numeral.

This is a strategy game. It takes patience and clear thinking tocomplete each one. What distinguishes this version of other Sudokugames are the pencil mark support and the colored display of thenumbers.

It was hard pulling away from games, but we must continue our quest. Wefound some really cool productivity and communication tools tomake the transition back to work fun.

One of the most essential productivity tools we came across was the free version of Evernote. You may have seen Evernote on Windows or Mac computers (those of you who do sometimes use Microsoft or Apple), but Evernote also runs great under Wine in Linux. Perhaps that’s a stretch, but the sheer usefulness of Evernote warrants a nod.

Evernote gives users a centralized location for all the notes, photos and voice recordings created on their portable devices. Evernote saves documentsand media files on a Web storage platform that can be accessedanywhere. This mobile version of Evernote is a must-have app forsaving everything to a centralized location via a cloud-based sync.The USB version resides completely in USB storage — both the programand the database.

Evernote mobile runs on the iPhone and Windows Mobile.

One of the coolest portable apps we found is an iPod manager called”YamiPod.” This standalone application for Linux, Windows and Mac can be downloaded here.

Use YamiPod to manage your iPod content without having iTunesinstalled. It copies MP3 and AAC files to and from the iPod. Evenbetter, it imports and exports playlists, searches for songs, removesduplicates and creates or edits notes.

Users can copy YamiPod directly to their iPods. It includes a built-inmusic player and lyrics support. It also displays iPod informationsuch as owner and used space.

Sometimes carrying around a device even as small as a laptop is a hassle. However, programs that run on a USB device can go almost anywhere. They can eliminatethe need to carry the computer from one place to another if a computer is available at yourdestination.

Each of the programs work well when runseparately. But put them together, and the all-in-one collection is theheight of coolness in portable open source applications.

The PortableApps platform includes the menu and a suite ofproductivity and communications apps. The collection includes portableeditions of the Firefox Web browser, the Mozilla Thunderbird e-mailclient, the Mozilla Sunbird calendar and scheduler, and thePidgin instant messaging client.

By the way, if you are not familiar with the OpenOffice.org office suite, youshould be. It’s very similar to Microsoft Office and completelyinteroperable. The office suite contains Writer (word processor), Calc(spreadsheet), Impress (presentations), Base (database utility) andDraw (drawing). 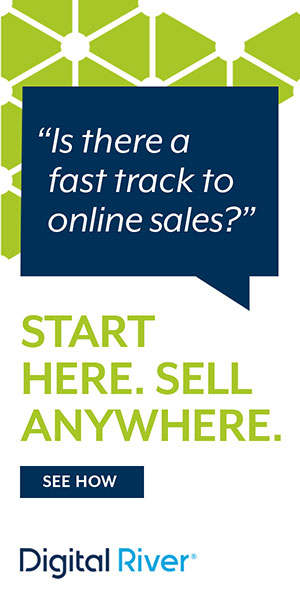