A Taste of Linux From a Sample Disk Platter

Since Linus Torvalds developed the Linux kernel, there has been an explosion of distributions that can be categorized into several broad classes. The ecosystem is truly expansive.

There are hundreds of distributions out there, but each category has some that have become emblematic. Here’s a brief look at a few. My hope is that by showcasing some of these Linux standouts, you will appreciate what makes them special, and get inspired to take a deeper dive yourself.

Among server distributions, Red Hat Enterprise Linux is not only one of the most notable, but also one that holds an esteemed place in Linux history.

When Linux first became popular, many developers attempted to capitalize on the new business opportunities it presented, but one central challenge was how to make money from something that was available for free. Red Hat’s prominence in the Linux world grew from its collaboration with IBM, which wanted to market hardware to compete with Microsoft’s servers but didn’t have an operating system for its own servers.

Red Hat seized on this opportunity by forging a business partnership in which IBM would get to freely license Red Hat’s distribution in exchange for selling support services from the Red Hat team directly to IBM server customers.

As a result of this shrewd arrangement, Red Hat has become a formidable and profitable company, and its rock-solid development enabled by direct access to top-notch server hardware has given rise to many distros inspired by or based on it, which also focus on server deployment.

Canonical‘s Ubuntu is one of the most iconic distributions of Linux, period. It earned this distinction by crafting a beautiful, user-friendly desktop on par with commercially available operating systems.

Ubuntu has an enormous repository containing practically every user program imaginable. If you can’t find what you’re looking for there, you have more options. Because Ubuntu is based on the Debian distribution, you can download software ending in the “.deb” extension and install it manually using the “dpkg” command.

Ubuntu is popular with beginners for its straightforward documentation and plentiful forums where newcomers can ask veterans for help with any issues they are likely to encounter.

Linux Mint is another bright star among Linux desktops. Though based on Ubuntu, it focuses less on ambitious new features and more on simple aesthetics and stable builds.

A simple graphical interface for managing installed software streamlines the update process by allowing users to choose the comprehensiveness of updates. On a scale of 1 to 5, users can opt for the latest finalized packages or only the most critical and fully tested patches.

My personal favorite, Arch Linux, is designed to be on the bleeding edge of the Linux desktop experience with a “rolling release” model.

This differs from the traditional release model, in which the distro’s developers wait until all the programs they ship reach a certain maturation and then optimize them to interoperate all at once.

While many people are apprehensive about running a rolling release distribution, due to their supposed instability, Arch has built a reputation for sturdy construction. In those rare instances when Arch programs act up, you can consult the Arch Wiki, which is so meticulously documented that users of other distros routinely consult it. In fact, many consider it the most concentrated Linux knowledge base on the Internet.

Arch offers numerous resources that you won’t find anywhere — or almost anywhere — else, like the Arch User Repository, or AUR. With most distros, if you don’t find the program you want in its default repositories, you’ll have to download a package file (like a “.zip” file but zipped with another program, usually the Linux-specific “gzip”) and then run a series of manual installation commands, a sometimes onerous process.

In Arch Linux, though, you can find all but the most obscure programs in the AUR, a community repository where users can submit packages and accompanying build files.

If your chosen software has even a niche following, odds are someone has packaged it in the AUR. When you find what you want, you simply install it with an “AUR helper,” essentially a package manager tool for the AUR, with one simple command (or, with graphical AUR helpers, the click of a button).

As there are many specialized use cases for embedded systems, there are many distinct embedded Linux distributions. Probably the most famous one, though, is Google’s Android operating system, which is based on the Linux kernel.

Android is the impressive answer to the formidable problem of how to provide a uniform, elegant experience to users on vastly different devices. It boasts a modern, intuitive mobile user interface, and simultaneously affords users near-infinite customizability in the many launchers, widgets, and themes available in its app stores.

While the spectrum of Android devices still presents its developers with a constant security challenge, the OS incorporates many cutting-edge security practices. For instance, on the latest builds of Android, every program is compartmentalized in its own container, which shields the system from vulnerabilities in a single app.

Finally, one of the most fascinating distributions you will come across is a gem among live distributions: Tails.

An acronym for “The Amnesic Incognito Live System,” Tails takes advantage of the live-boot model to keep sensitive browsing from leaving a trace on your permanent system. When you boot into Tails, you are prompted for optional security configurations, such as faking the hardware serial number on your wireless card, before the full system starts.

After that, all Internet connections are routed through a network of proxies — servers that pass data between you and your destination site or service as go-betweens, which effectively masks your IP address (which can identify and geolocate you).

Tails’ browser is tailored to scrub any trace of information that could identify you, such as the browser or computer hardware you’re using. It won’t even let you permanently download anything.

As soon as you shut down, the system wipes your computer’s RAM, the temporary storage where your processor handles things like the kernel and encryption keys. In fact, if you’re in a hurry, you can trigger immediate shutdown by removing the USB drive Tails is running on!

Obviously, this system is not meant for your day-to-day needs, but if you are a whistle-blower trying contact journalists securely, or if you just want to read some Wikileaks articles without getting watchlisted, it’s a good tool to have.

There are hundreds, if not thousands, of Linux distributions to choose from — and new entrants are arriving all the time. This brief survey is only a taste of what is out there, meant to tantalize you into exploring further on your own.

Digging for Bitcoin Is a Labor of Love

Overcoming Your Terror of Arch Linux

When It’s Time for a Linux Distro Change 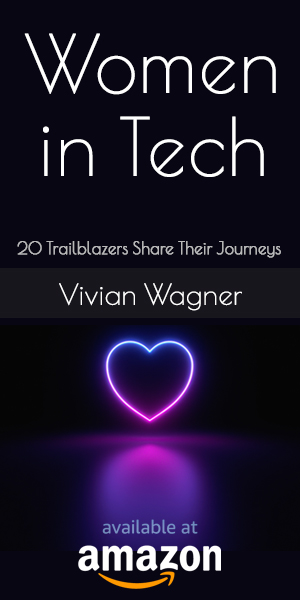